"Fraser Brown takes the audience on a hilarious and dark analysis of his own anxieties and worries. At only 21, Fraser (hopefully) has the majority of his life ahead of him, but is preoccupied with what's happened in those first 21 years, for him to become the person who he is today. Unable to let go of the past, Fraser asks himself if he’ll ever be able to move on and forgive the grudges he’s held since his school days. An introspective extrovert, asking what it means to be happy; it’s Fraser Brown, I'm Afraid." 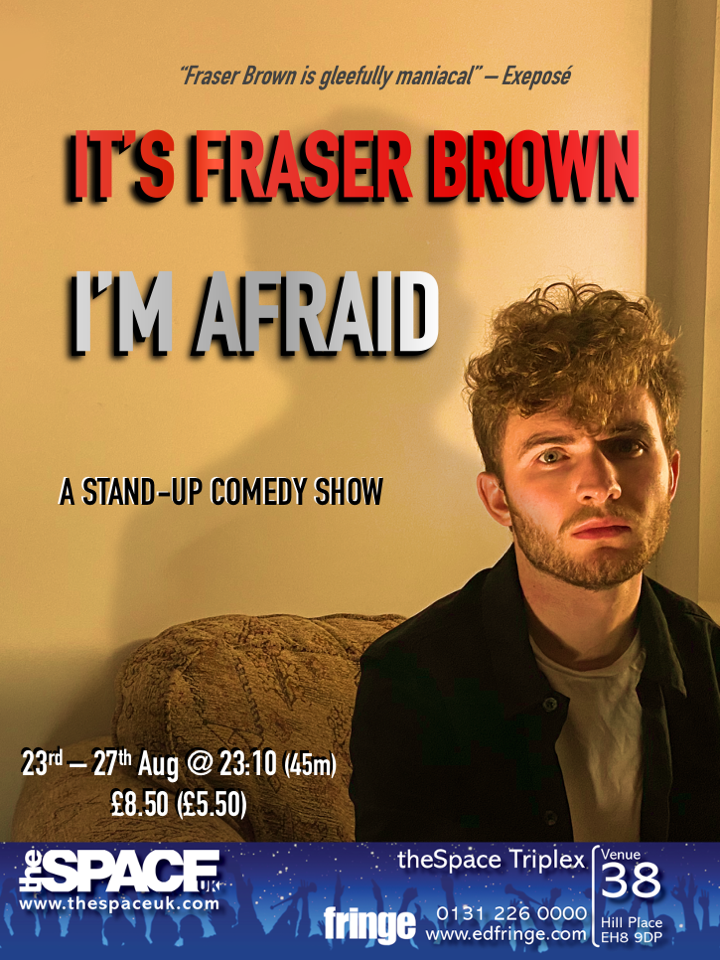 This show was Fraser's first forray into long-form comedy, and was recieved well at the Edinburgh Fringe in 2021. In this show, Fraser marries his analytical mind with his theatrical wit, to create a performance of subtle narrative and insightful comedy. While exploring what he fears, it quickly becomes apparent that Fraser’s existential dread about his own life dominates his mind and clouds his vision of the future. Claiming that his life is unique, and therefore valuable, both Fraser and the audience slowly come to realize that in fact the opposite might be true. The result is a thematically dense, side splittingly funny and thoughtful stand-up performance.

Fraser took the photo for this poster using a timer on his phone, and made the poster using Powerpoint. You can tell.